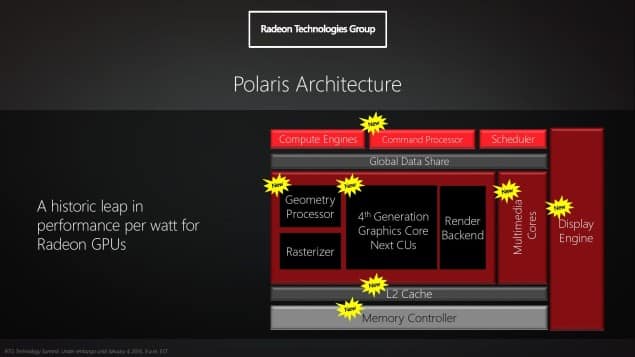 AMD Radeon 400 Series is ready to reach the market. Few days ago, AMD has revealed its next generation Polaris architecture. Now, it is preparing to launch Radeon 400 series GPUs by April 2016. Lenovo has recently announced Windows 10 YOGA laptops and tablets for 2016. The above tablets and laptops would integrate Radeon 400 series GPU.

The upcoming, Radeon 400 Series Graphics Cards will be codenamed as “Weston” and “Banks”. So far, there is no much information revealed about the specification of graphic card, except that it will include 2GB of video memory. AMD has showed Polaris 11 and Polaris 10 recently, which is said to have 14nm FinFET technology. Both the GPUs are designed to deliver console-class gaming performance.

Definitely, AMD with Polaris is going to rule the market of graphic card with its high performance and excellent power efficiency. It is expected that 250W Polaris GPU will have two times higher power efficiency than 250W Nvidia 900 series GPU. AMD is also planning to include several new features in Polaris GPUS.

AMD’s Polaris architecture will be based on 14nm FinFET process. Some of the important features of this process are as follows:

GDDR5 remains an extremely cost-effective, efficient and viable memory technology in the mainstream GPU segment. Polaris GPU are expected to reach the market in Q1 of 2016.