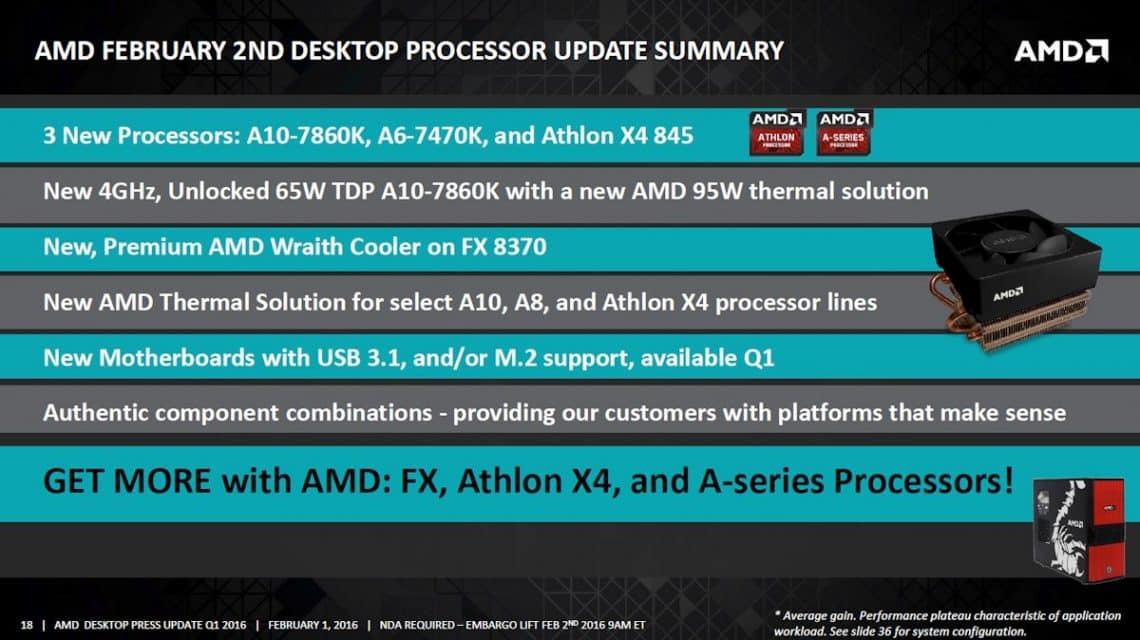 AMD is also planning to launch its next new processor, AMD A10 7890K in Q1 of 2016. It is mentioned that this processor will be the AMD flagship APU until the company releases their Bristol Ridge APU series.

AMD A10 7860K Pricing and Specifications

AMD A10 7860K is launched with following features:

AMD A6 7470K Pricing and Specifications

AMD A6 7470K is launched with following features

AMD has also announced price cuts for processors, which are available in market already. The new pricing of APU and CPU are listed below.

Pricing of AMD A series processors

AMD AM3+ and FM2+ Motherboard updated

The users who are purchasing AM3+ and FM2+ motherboards can now enjoy added features. The updated motherboards will include support for USB 3.1 and M.2 storage. Even though AMD is planning to launch its next new AM4 platform, it is really happy to think that it shows some interest in extending the features of current platform too. AMD is working at peak to launch its next new Zen processor with double energy efficiency. So, we can expect it soon in market with extraordinary features.

Before unveiling its AM4 platform AMD made a new revolution and surprised the users with below news: